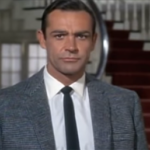 In my first post on classic style in films and other screen media, I showcased Sean Connery as James Bond in the original film adaptation of that character, Dr. No. I decided to stay with Connery for one more round, but this time we see him cast in a much different role. Marnie is a lesser known 1964 Hitchcock film, which undoubtedly presented rather risqué topics to the screen at that time. 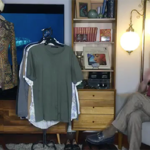